A staple artist in Edward Kurstak’s portfolio of art for sale, Andy Warhol is perhaps best-known for his stylized re-workings of popular imagery swiped directly from the American cultural landscape and collective imagination.

But Warhol’s artistic practice, as well as his ideas encompassed within it, were not born from a vacuum. He was in fact heavily influenced by artists associated with the Dada movement, particularly Marcel Duchamp, who worked decades before he began producing work of his own.

In the early 20th century, in reaction to massive civil and social unrest generated by World War I—and in continuing the tradition of pre-war avant-garde philosophy about art and aesthetics—European artists including Hugo Ball, Emmy Hennings, Max Ernst and Marcel Duchamp synthesized an entirely new movement, Dada, through their expressions of artwork that rejected modern capitalist society’s bourgeois ideas regarding aesthetics within mass production. Duchamp’s idea of “anti-art,” which he coined to challenge widely accepted definitions of artwork as he began to incorporate found objects into his practice, especially governed the movement. 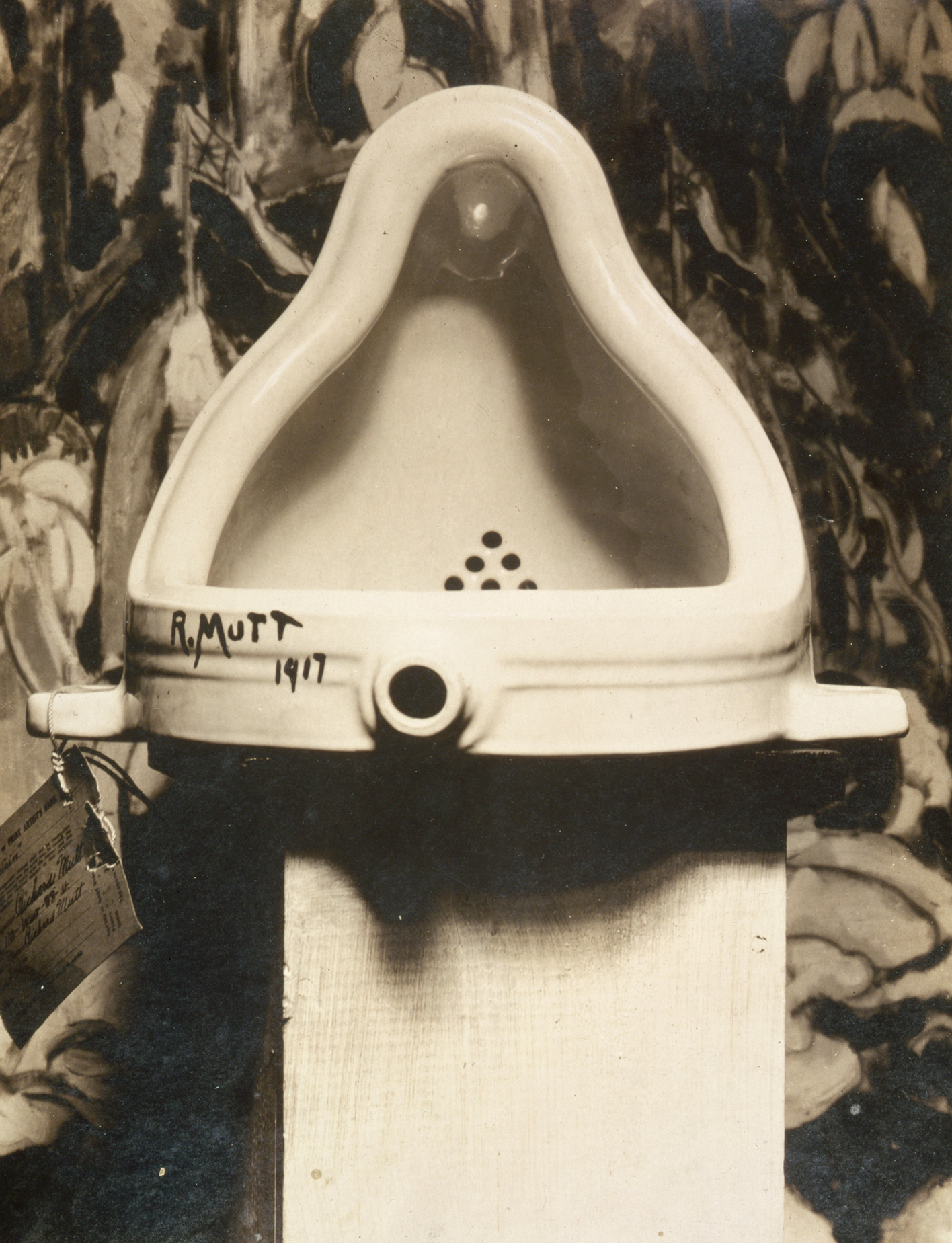 With these found objects—which he called “readymades,” the most famous example of which is his 1917 work Fountain, signed by “R. Mutt”—Duchamp implied that when carefully selected and displayed in the appropriate venue such as an art museum, ordinary mass-produced objets, even urinals, took on the status of High Art that merited inclusion within the aesthetic canon alongside even the old masters.

Beginning in the late 1950s, Warhol would help carry Duchamp’s ideas to a new generation of art consumers and critics within his own work. As Revolver Gallery explains, “Towards the mid twentieth century, mass production made branding a necessity for companies who were now competing against each other for business. Once a brand was born, it needed to be protected so that the no one else could profit from the idea. Copyright, or legal ownership of artistic material (in this case), suddenly made the art of appropriation a lot more complicated.”

But by borrowing and modifying—therefore, appropriating—readymade images of uniquely American icons including those from the Old West, movie stars and musicians, and even cartoon characters and corporate objects and logos from the American cultural output, Warhol managed to mostly circumvent such legalities and display his own vision of the contemporary American experience, one that was riddled with exploitable consumerism and fabrication. In this way, Warhol helped re-introduce audiences to and validate Dadaist ideas about what can qualify as and be considered fine art while also reinforcing that everyday objects, even a box of Brillo pads, are worthy in and of themselves of artistic critique and reflection.

With this understanding, an inquiry into Warhol’s influences helps place the artist and the Pop Art he created within a tradition of historically significant artistic movements that both react to and reflect the existential reality of a post-industrial, capitalist world. What you see may be just a soup can—but it’s more than a soup can. It’s a reflection of what we consume, how we consume it and, in the grander scheme, the way we, collectively, live now.

Contact us to learn more about how you can own a piece of Warhol’s impressive artistic output today.