Banksy, the anonymous Londoner who's made his name in the art world on spray-painted urban art, an Oscar-nominated documentary and a creepy, glitchy Disneyland installation, sold a painting at auction for $1.4 million earlier in October—just before shredding it in real-time as soon as the gavel went down. 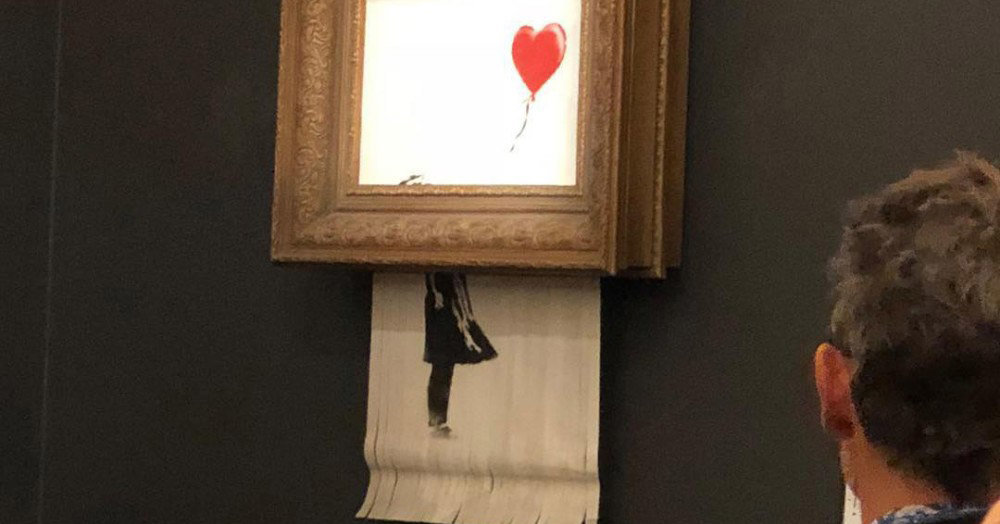 After the stunt, Sotheby's senior director and head of contemporary art in Europe Alex Branczik said, “It appears we just got Banksy-ed."

The auction house soon called the shredded canvas version of "Girl with Balloon," as well as the event surrounding it, "the first work in history ever created during a live auction."

Banksy himself followed suit, "re-authenticating" the work with a new name for the piece: "Love Is In The Bin."

In the weeks since the performance, much  digital  ink has been spilt about what it means for the art world—particularly the art market and how pieces are valued.

But to anyone who has followed Banksy's rise, the effort should come as little surprise. He is, after all, the artist who once said in an interview with The New Yorker that “The art world is the biggest joke [...] a rest home of the over privileged, the pretentious, and the weak." Banksy's cynicism toward the elite market has always been front-and-center.

That signature cynicism, at least this time, may have already paid off. Due to the amount of viral press coverage, "Love Is In The Bin" is speculated to have already spiked in value.

Cynical of the art market or not, there's no denying that Banksy has solidified a place within contemporary art history.